Celebrate the 150th Anniversary of the Brahms Requiem

Johannes Brahms's mother died in February of 1865, a few months before Brahms turned 32. lt's possible that her death inspiredEin Deutsches Requiem (A German Requiem), though Brahms's lingering feelings over Robert Schumann's death nearly a decade earlier may also have provided motivation. It took Brahms three years to complete the work. Its debut in 1868 was a success and marked a turning point in Brahms's career.

We celebrate the 150th anniversary of the completion of this masterwork. Written to comfort the survivors of the departed, the Brahms Requiem is a contemplative exploration of human mortality.

Brahms's Requiem, which contains seven movements, deviates from the traditional Roman Catholic liturgy, which begins with prayers for the dead ("Grant them eternal rest, O Lord"). Brahms's Requiem  instead focuses on the living, beginning with the text "Blessed are they that mourn, for they shall be comforted," from the Beatitudes.

This theme recurs in five of the seven movements. The term "German" in the title refers primarily to the language in which theRequiemis sung. Brahms told Carl Martin Reinthaler, director of music at the Bremen Cathedral, that he would have gladly called the work "Ein menschliches Requiem" or, "A human Requiem."

Ein deutsches Requiem  is indeed that, and it remains one of the most beautiful and emotionally satisfying works ever composed. 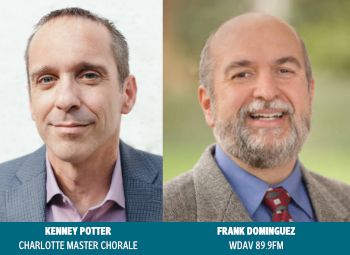